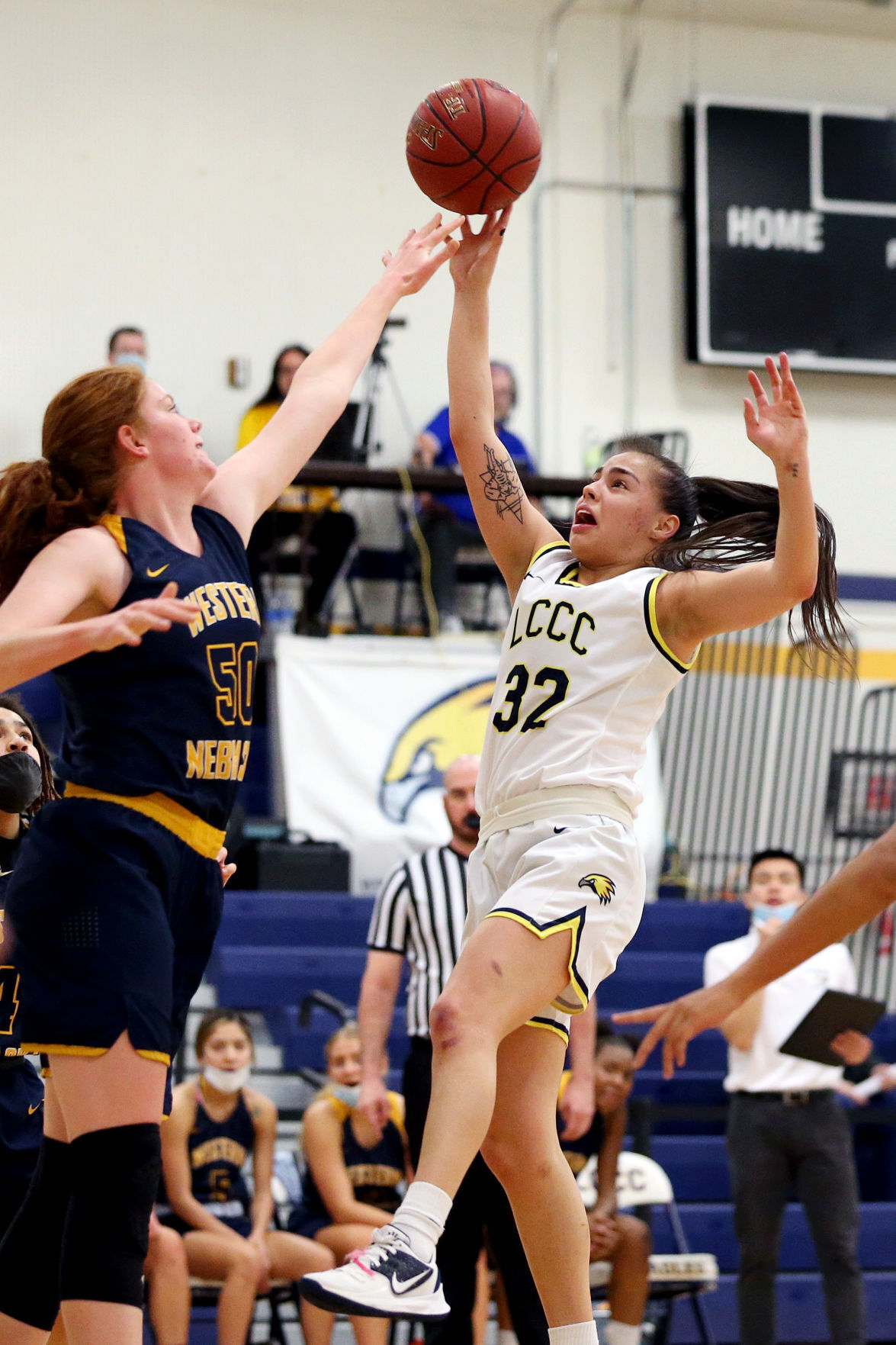 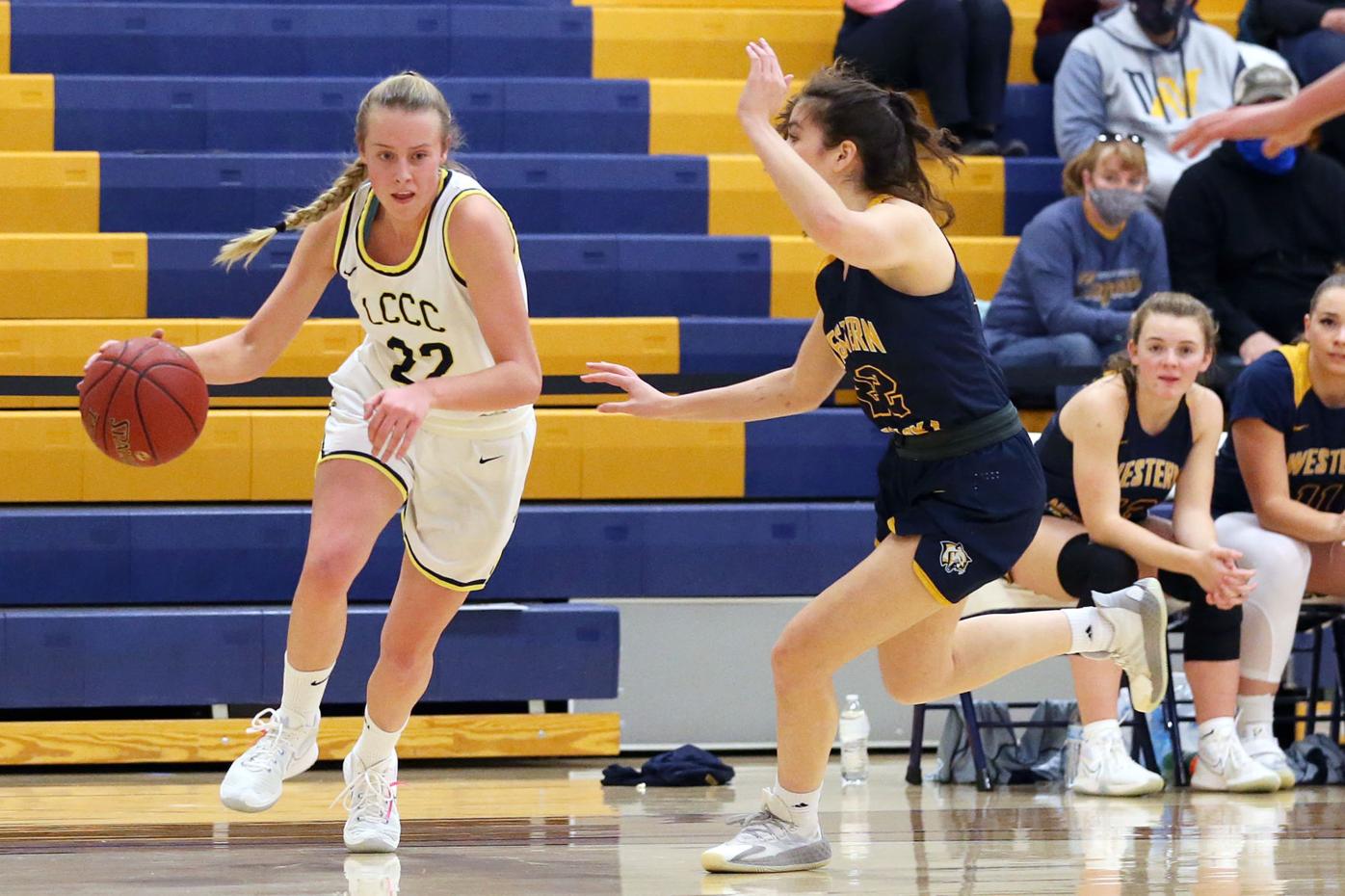 The No. 22-ranked Cougars created early turnovers and turned them into points as Laramie County Community College couldn’t mount a comeback, falling 87-61.

“(Not handling the pressure) has been a theme the last two games,” LCCC coach Danielle Rinaldo said. “We took a lot of time in practice to work on that pressure, so for it to not correlate over to the games is a little frustrating.

“But I know our guards can handle it … we’ll bounce back.”

Abby Gerraud started the contest with a 3-point play for the Golden Eagles, giving them their lone lead of the night.

Western Nebraska guard Alejah Douglas followed with a steal and a finish at the other end and Makylee Buell hit a 3-pointer to give Western Nebraska a 7-4 lead with 7 minutes, 23 seconds left in the first quarter forcing LCCC to call a timeout.

LCCC went on a small four-point run to bring it within one point, but the Cougars opened up the game with an 8-0 run, taking a 17-8 lead just before the end of the first period. The run was ultimately ended after the Cougars received a technical foul for having six players on the court, resulting in Sam Hester making a pair of free throws for the Eagles.

The teams went through the entire second period trading baskets, and Western Nebraska carried a 45-30 lead into halftime.

The Cougars were finding success in the paint, especially in the first half. They continued to get the ball inside and finish at the rim, using their height mismatches to their advantage.

“We were battling with them in the post,” Sophomore Anna Terron said. “But they were able to use their size well.”

The Eagles cut their deficit to 12 points multiple times at the start of the third period, but couldn’t cut it any closer for the remainder of the contest with the Cougars going on another eight-point run.

Just before the third period ended, Douglas drove and found Emma Johnson under the basket for an easy bucket, giving the Cougars a 63-41 lead, which was their biggest lead to that point.

LCCC couldn’t garner any more traction and the Cougars held a steady lead for the remainder of the contest.

“This team just doesn’t get up, they work hard, they hustle,” Rinaldo said. “It was good to see how we fought for the whole 40 minutes, even being down the way we were.”

LCCC (2-3) will look to get back on the winning track against Trindad State at 1 p.m. Friday.

“We can just keep our heads up and be positive,” Terron said. “We have the opportunity to play again Friday and just get better.”

The Eagles pulled away with a 109-108 overtime victory.

Neither team could build a comfortable lead throughout the first half and WNCC took a 47-43 lead to the break.

Freshman Xavier McCord started the second half by hitting a 3-pointer to cut the Golden Eagles’ deficit to one. The Cougars answered by getting hot from beyond the arc. Agwa Nywesh and Chase Thompson hit back-to-back 3s to give the Cougars a 61-46 lead with 15 minutes, 40 seconds to play in the second half.

LCCC chipped away and Marko Maletic put the Eagles behind 72-66 with just under 11 minutes to play.

The final three minutes of regulation featured five lead changes and one tie before Carter Brown hit a 3-pointer to send the game to overtime with 0.5 seconds left for the Cougars.

With 3 minutes, 30 seconds to play in overtime, Ghared Boyce and Maletic hit back-to-back 3s and Erik Oliver got a finish, giving the Eagles a 107-101 lead with 1:35 remaining.

The Eagles held off the Cougars' last attempt at a comeback as Brown missed the game-winning 3 at the buzzer.

LCCC will be back on the court hosting Trinidad State at 3 p.m. Friday.

Robert Munoz is a writer for WyoSports. He can be reached at rmunoz@wyosports.net. Follow him on Twitter @rmunoz307.