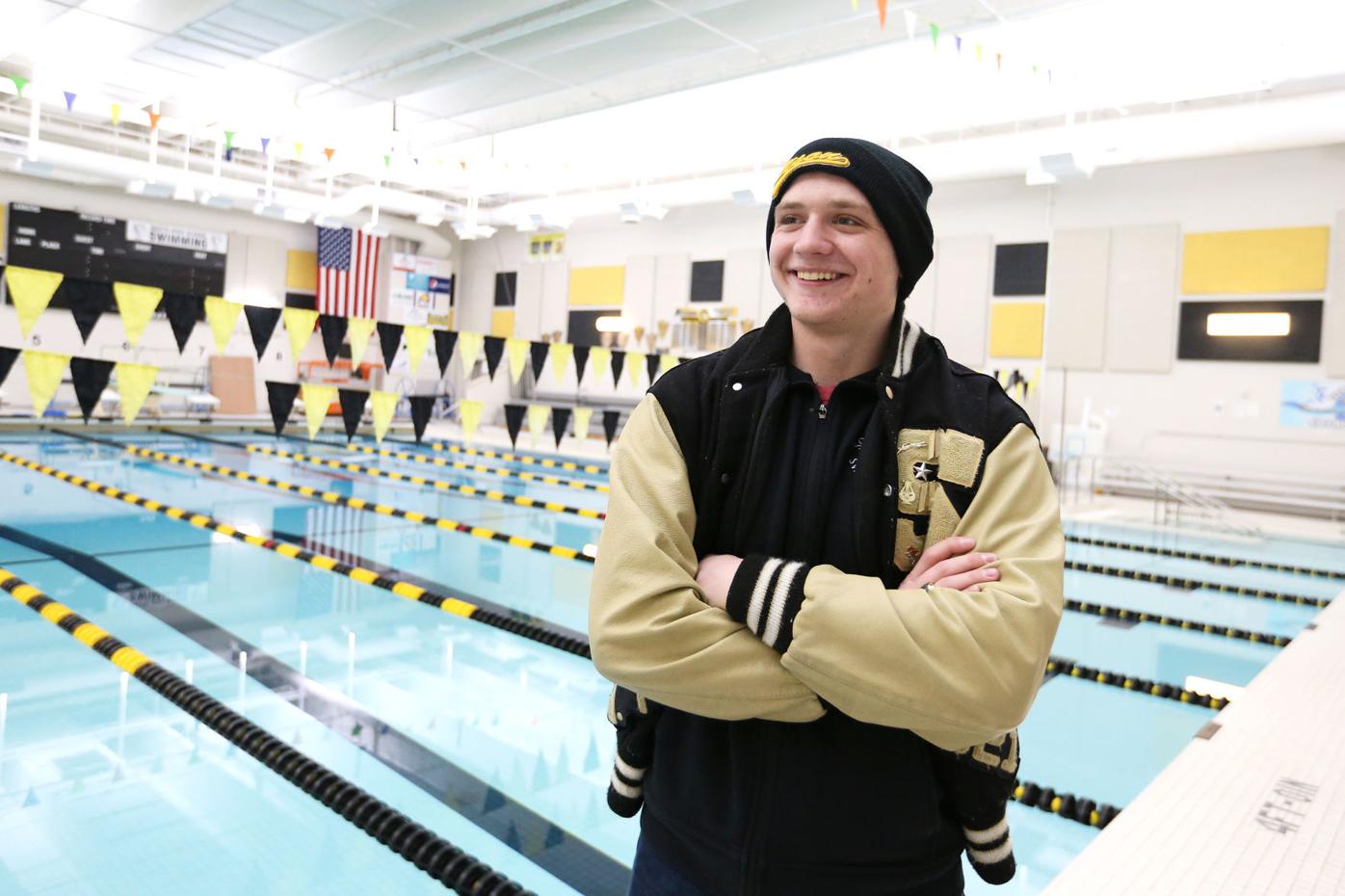 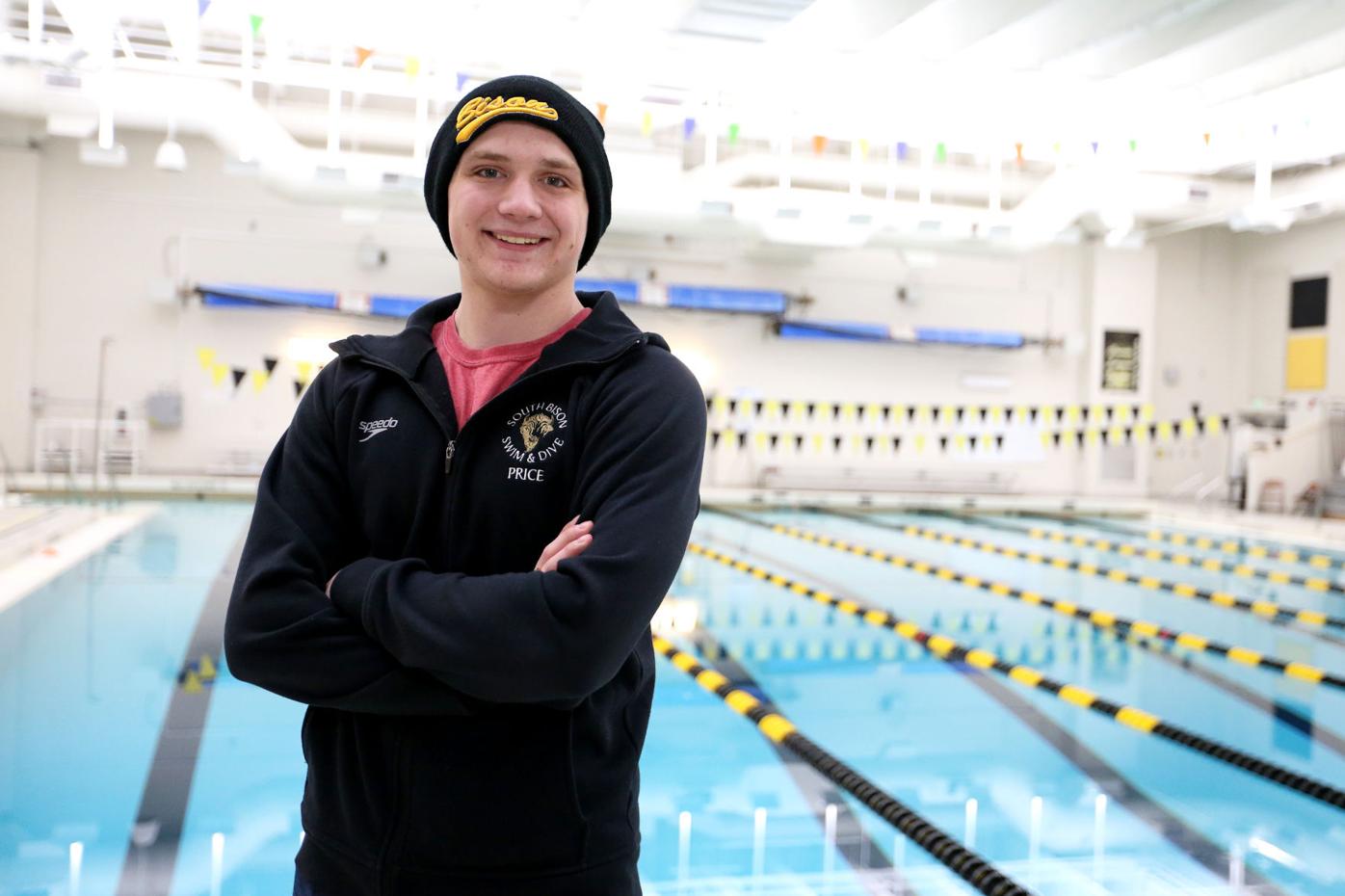 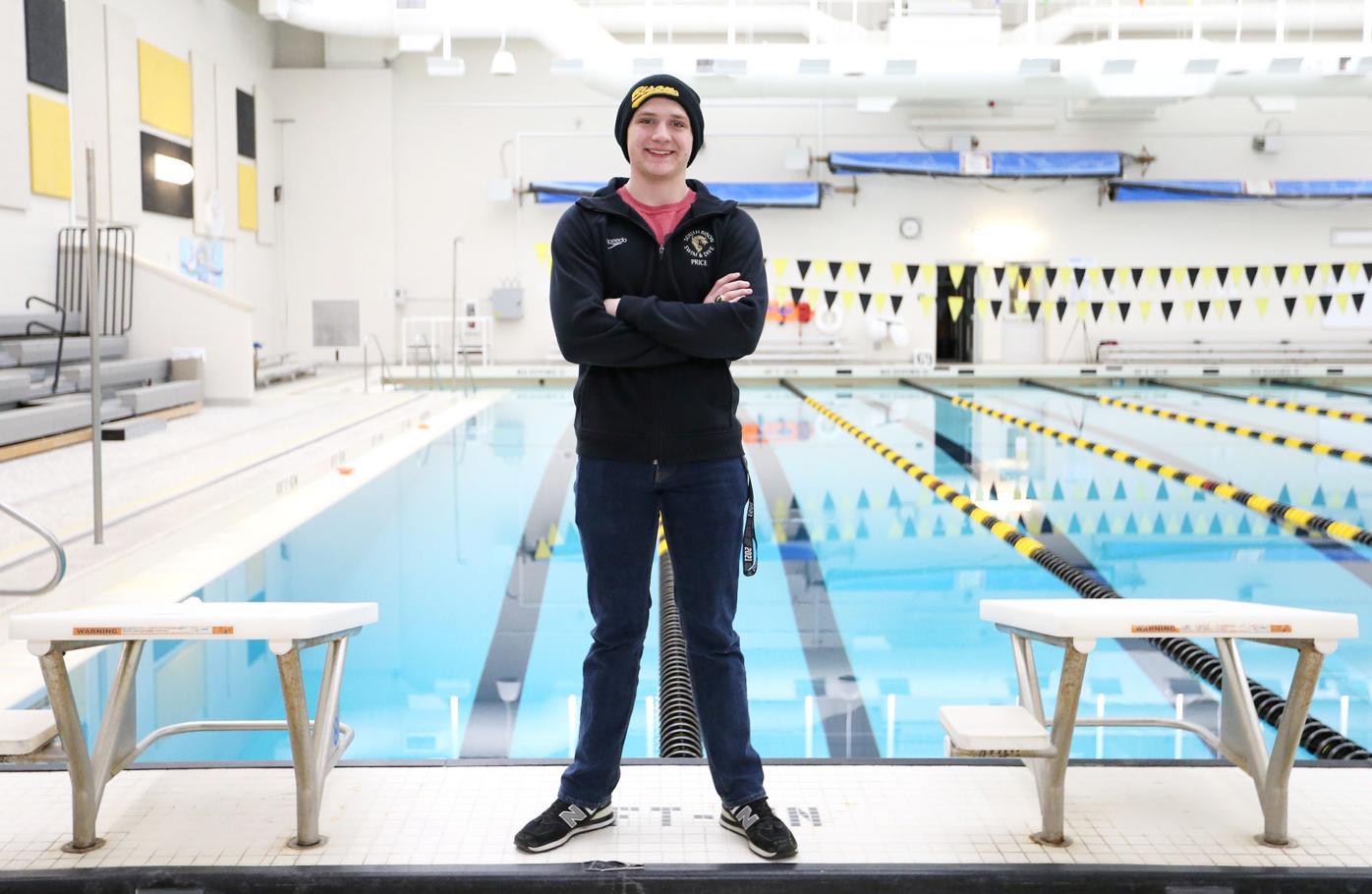 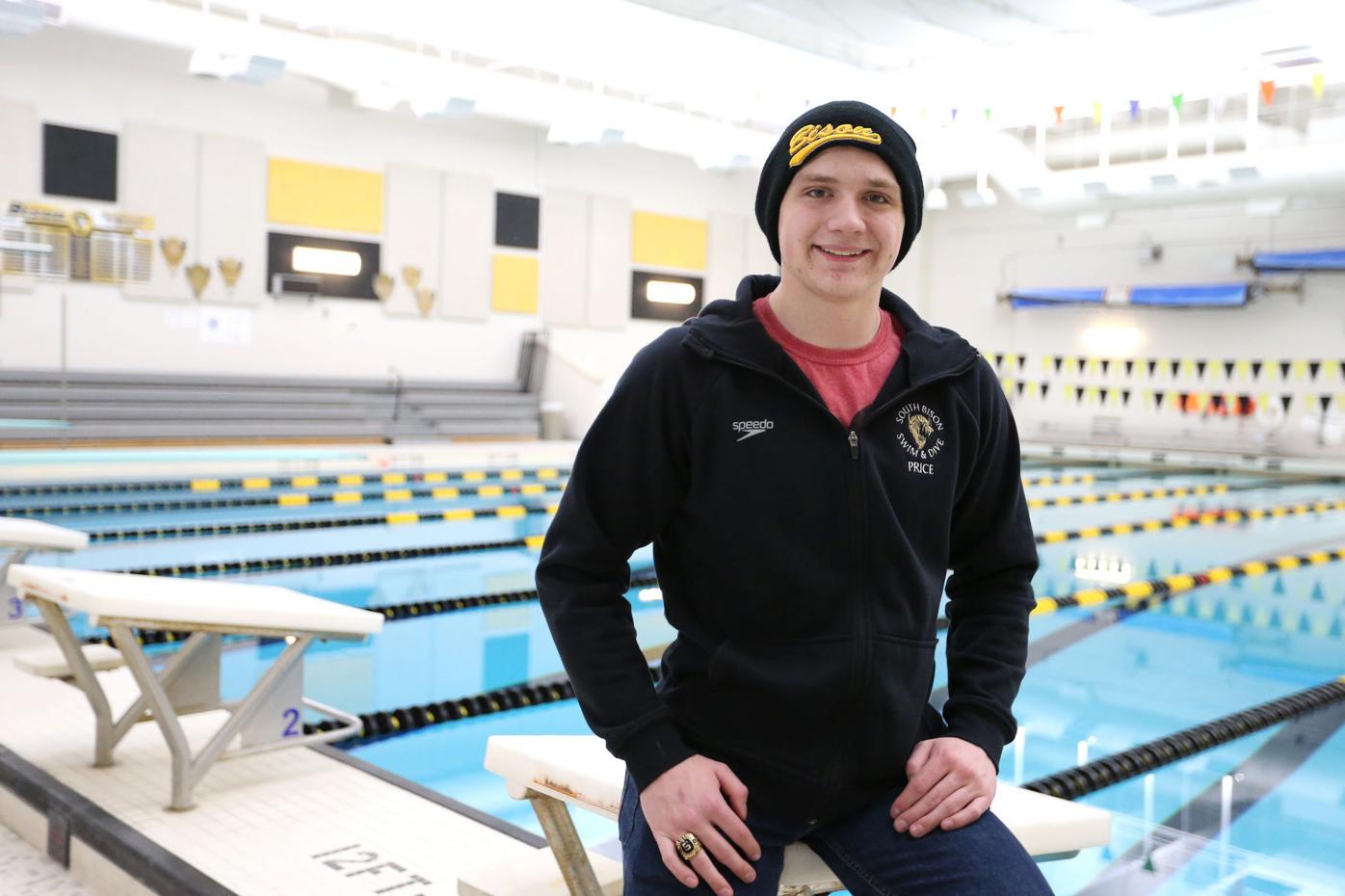 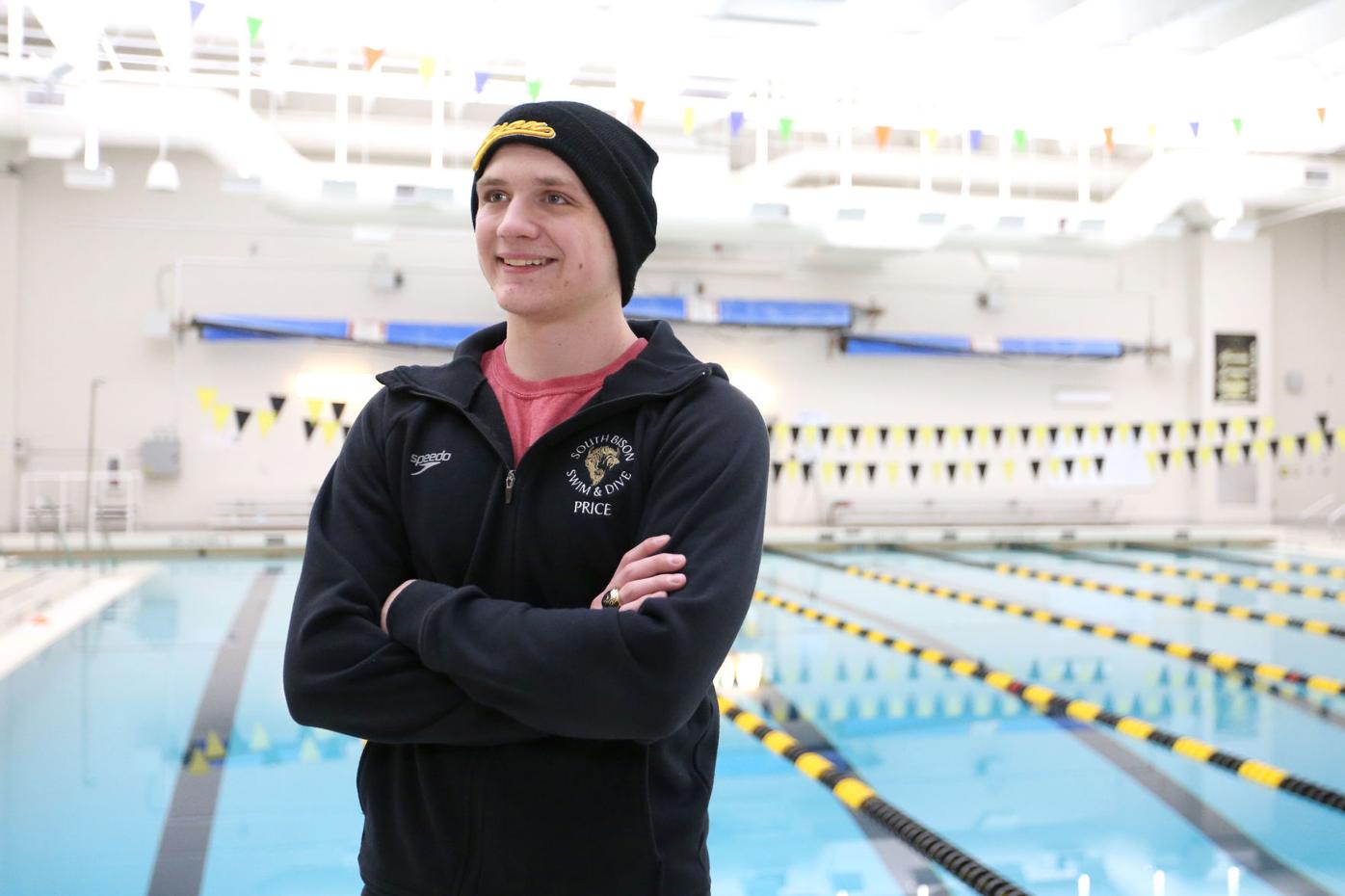 CHEYENNE – Jared Price initially thought the breathing difficulty he experienced during a race was mental, and attributed it to late-season fatigue.

The Cheyenne South senior swimmer became concerned when he experienced the same problems the following day. One time could be written off as an aberration. A second occurrence showed a trend, and landed Price in the emergency room.

“They told me I was experiencing the residual effects of having COVID-19 over Christmas break,” Price said. “I felt like my windpipe was the size of a dime, and my lungs were refusing to expand.

“I was wheezing even after I was out of the water.”

Swimming the 200- and 500-yard freestyles is grueling enough for swimmers with two healthy lungs. Doing it with the lingering effects of the novel coronavirus cast doubt over the remainder of the season.

“I didn’t know I’d be able to swim another 500,” said Price, who won the Class 4A state title in that event as a junior. “We thought I might have to only swim events that were 200 yards or less.”

Price adjusted his training and his competitive slate over the next few weeks, and felt good enough to attempt the 200 and 500 at state. He would have to swim fast enough to earn a spot in the championship finals, but not so fast he didn’t have enough left in the tank for the finals.

Price did just that. And then some.

He won both the 200 and 500 freestyles, and was part of the Bison’s winning 200 medley relay team, and their state runner-up 400 free relay team. Price was voted 4A’s athlete of the meet and athlete of the year.

His efforts helped South earn its best team finish at state. They also helped him earn Prep Athlete of the Week honors from WyoSports’ Cheyenne staff.

“What he did speaks to the work he put in all season and throughout his high school career,” Bison coach Jason Garman said.

Price’s strategy of just getting to the finals is summed up in his efforts in the 500 freestyle. He finished the prelims in 5 minutes, 8.29 seconds. It was the third-fastest time of the prelims, and 6 seconds slower than his season-best.

During Friday’s finals, Price finished in 4:54.44. That time was nearly 6 seconds faster than the state runner-up. Price also bested the 200 free field by nearly 4 seconds.

“I didn’t feel any worse during the 500 than I normally do,” he said. “And that was a huge relief. I was really scared. I didn’t know if I would push too hard the first day and come back and have nothing left in the finals.

“If I were to choke – literally and metaphorically – in the finals, that wouldn’t have been good for my team or for me.”

Price has been swimming off and on since elementary school. It was a sport he always excelled at, but one he did when he had gaps in his schedule between soccer, basketball and baseball.

“My mom, Christine, works at a dentist office, and she would let me do pretty much anything except for football, wrestling and hockey because she didn’t want to risk me ruining my teeth,” Price said with a laugh.

Price finally got the OK to play football when he entered seventh grade at Johnson Junior High. He thought his future was anywhere but the swimming pool.

“Swimming seemed like a wimpy sport,” Price said with a laugh. “I thought, ‘All the cool kids are playing basketball, why am I in a Speedo?’”

Price eventually came to the realization he was better in swimming than he was in any other sport. He flourished after he embraced swimming.

“He was all in,” Garman said. “He hasn’t taken much time off the past four years. He has worked hard in the pool and weight room, trying to make every gain he can.

“He got a lot stronger and put on a lot of muscle his last two years, and was able to do quite a bit with that.”

Price’s talents aren’t confined to the pool. He joined South’s choir to add an extracurricular to his résumé for college. Price is now the choir council president and the first South singer to earn a spot on the National Association for Music Educators All-Northwest list.

“I started to improve my chances for a Hathaway Scholarship, and then I kind of fell in love with it,” said Price, who is a baritone. “A lot of my family, especially on my dad’s side, is pretty musical. I can’t play an instrument to save my life, but I can sing.”

Others recognized for their efforts include:

Talich, a junior guard, averaged 17 points in those games.

Thompson, a junior, averaged 15 points, 5.5 rebounds and three steals in those games.

n Jacob Soden and Gabe Trujillo, wrestling, South: Soden, a sophomore, went 3-0 with a major decision to win the 132-pound title at the Class 4A Southeast Quadrant meet.

Trujillo, a senior, went 3-0 with a pin and a major decision to win the 126-pound weight class.

Jeremiah Johnke is the WyoSports editor. He can be reached at jjohnke@wyosports.net or 307-633-3137. Follow him on Twitter at @jjohnke.