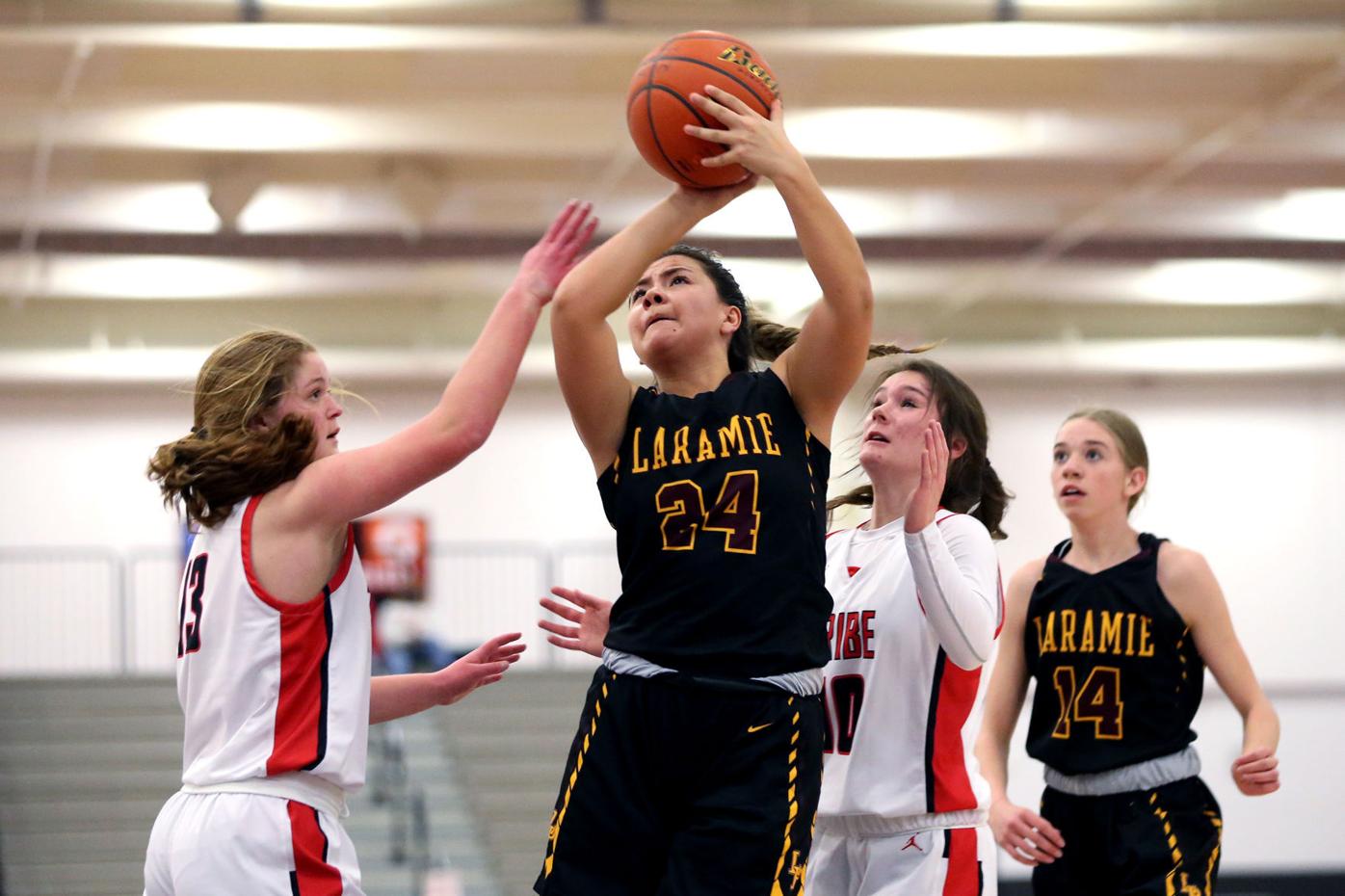 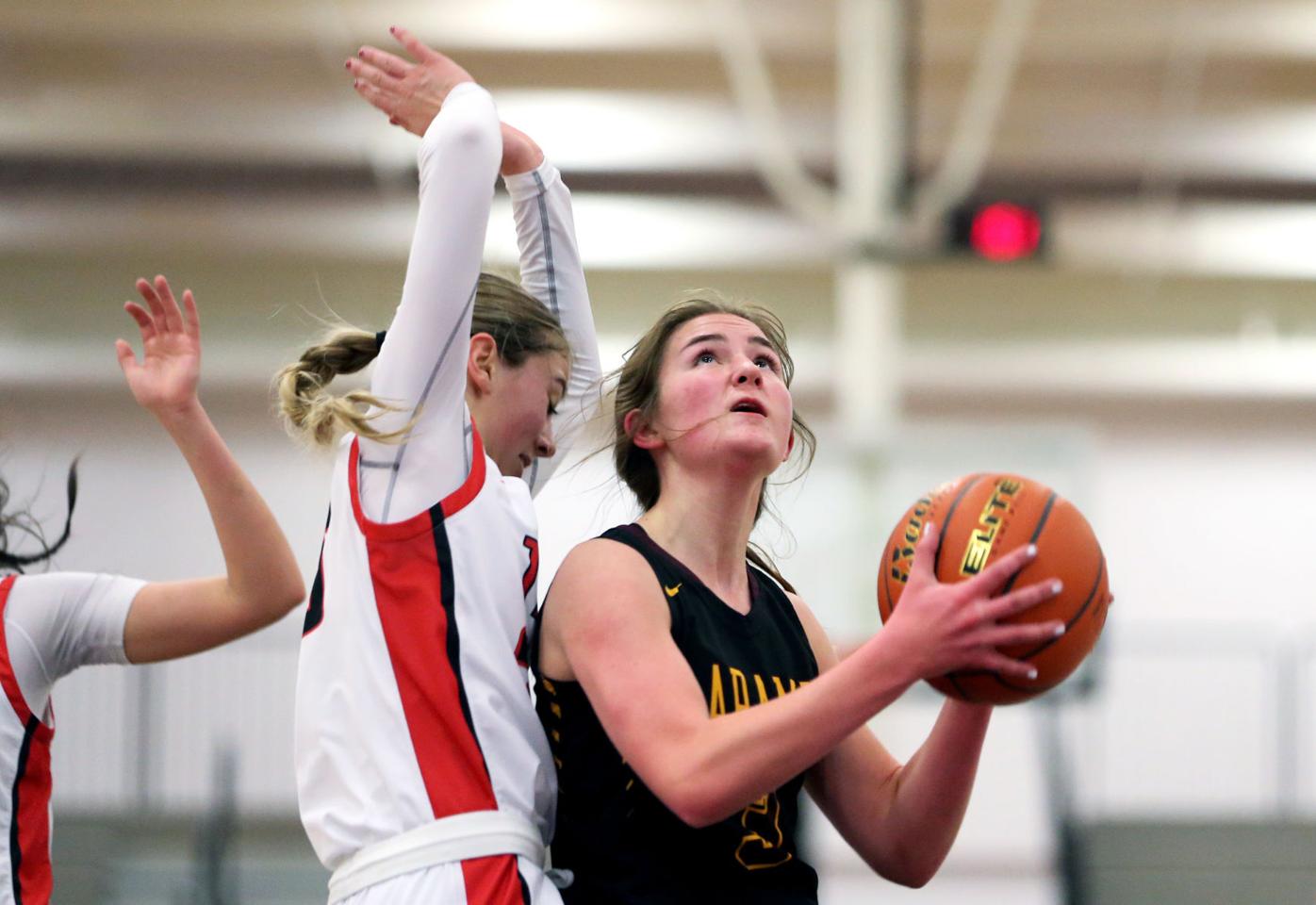 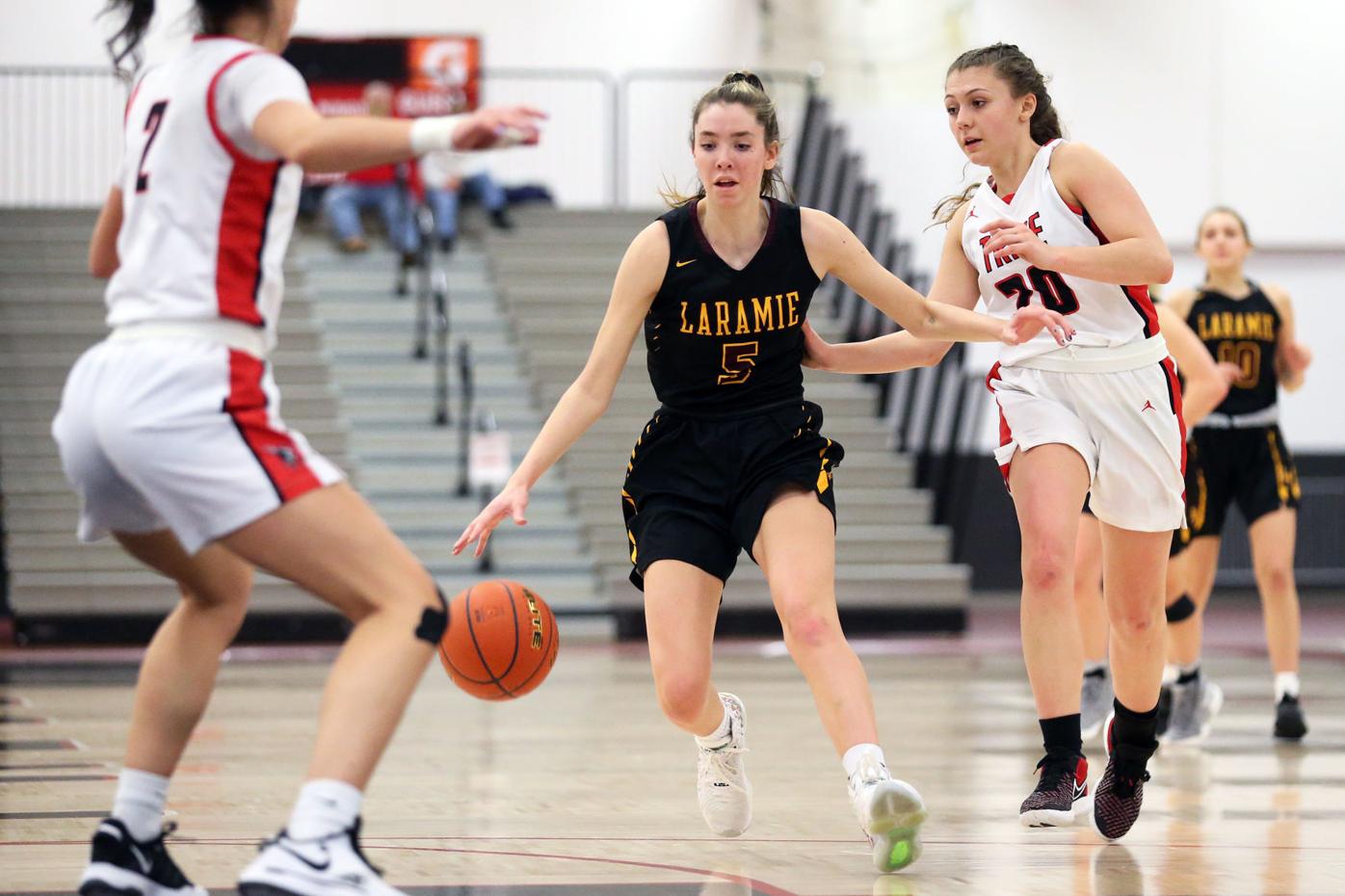 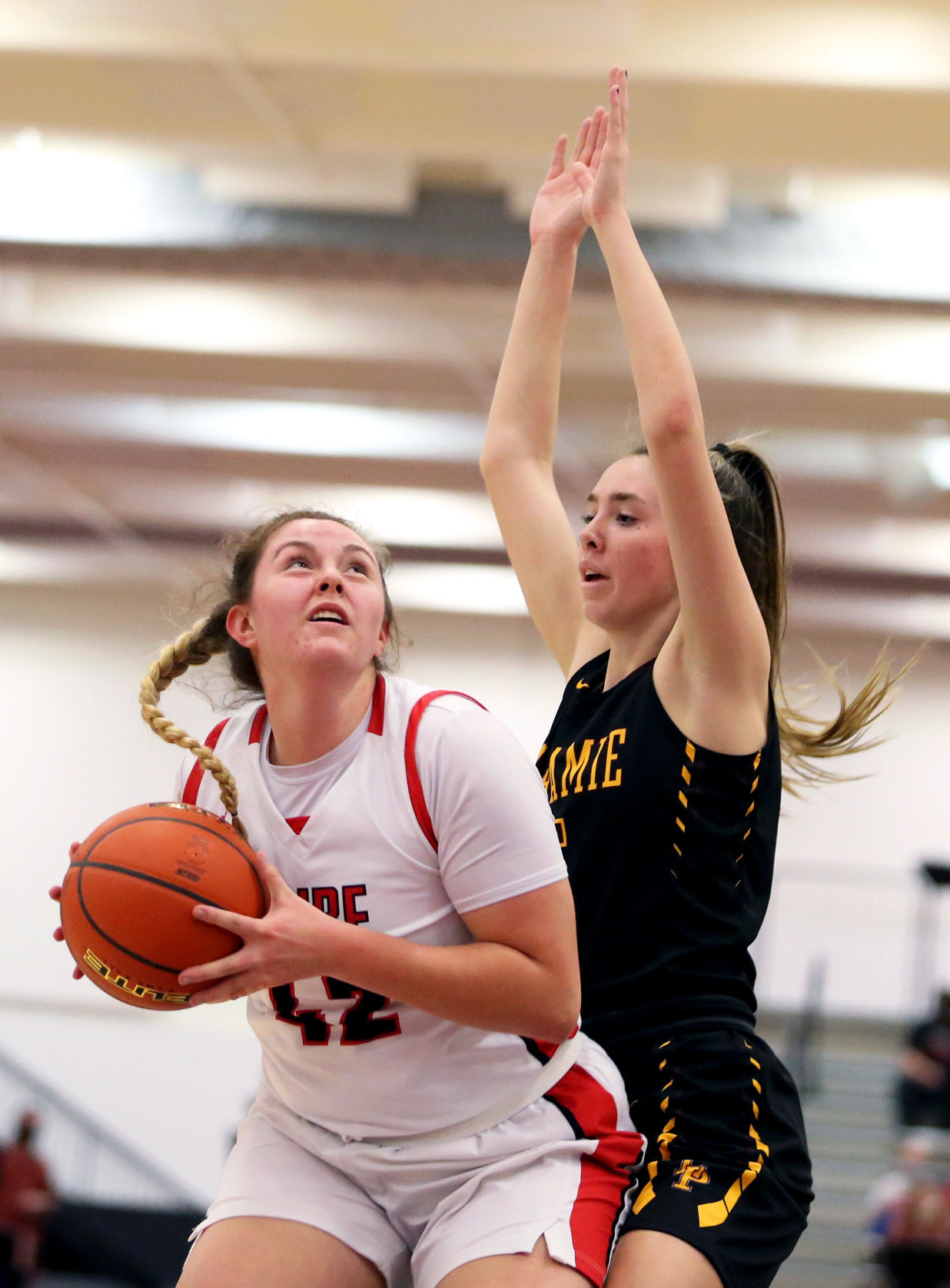 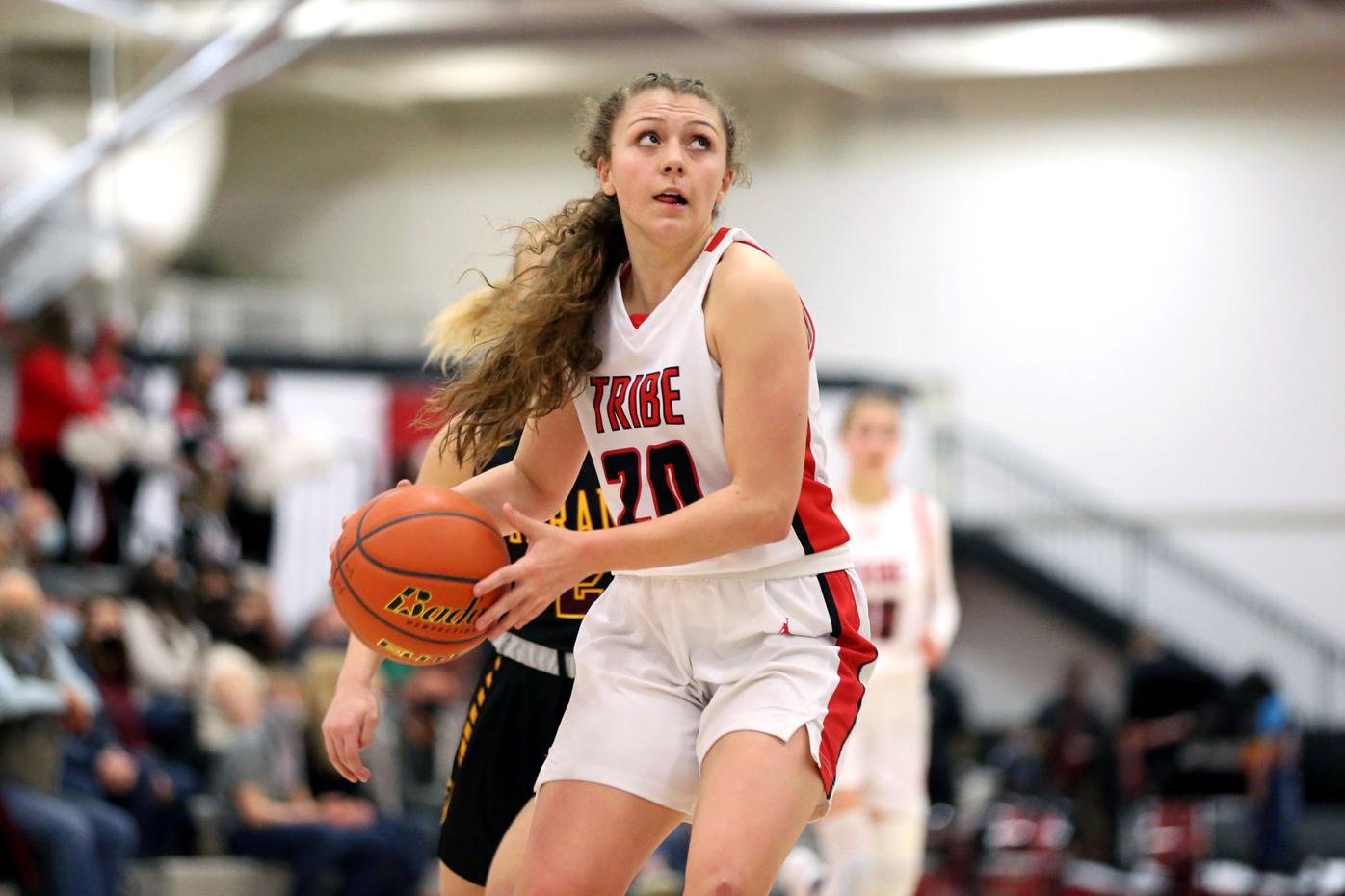 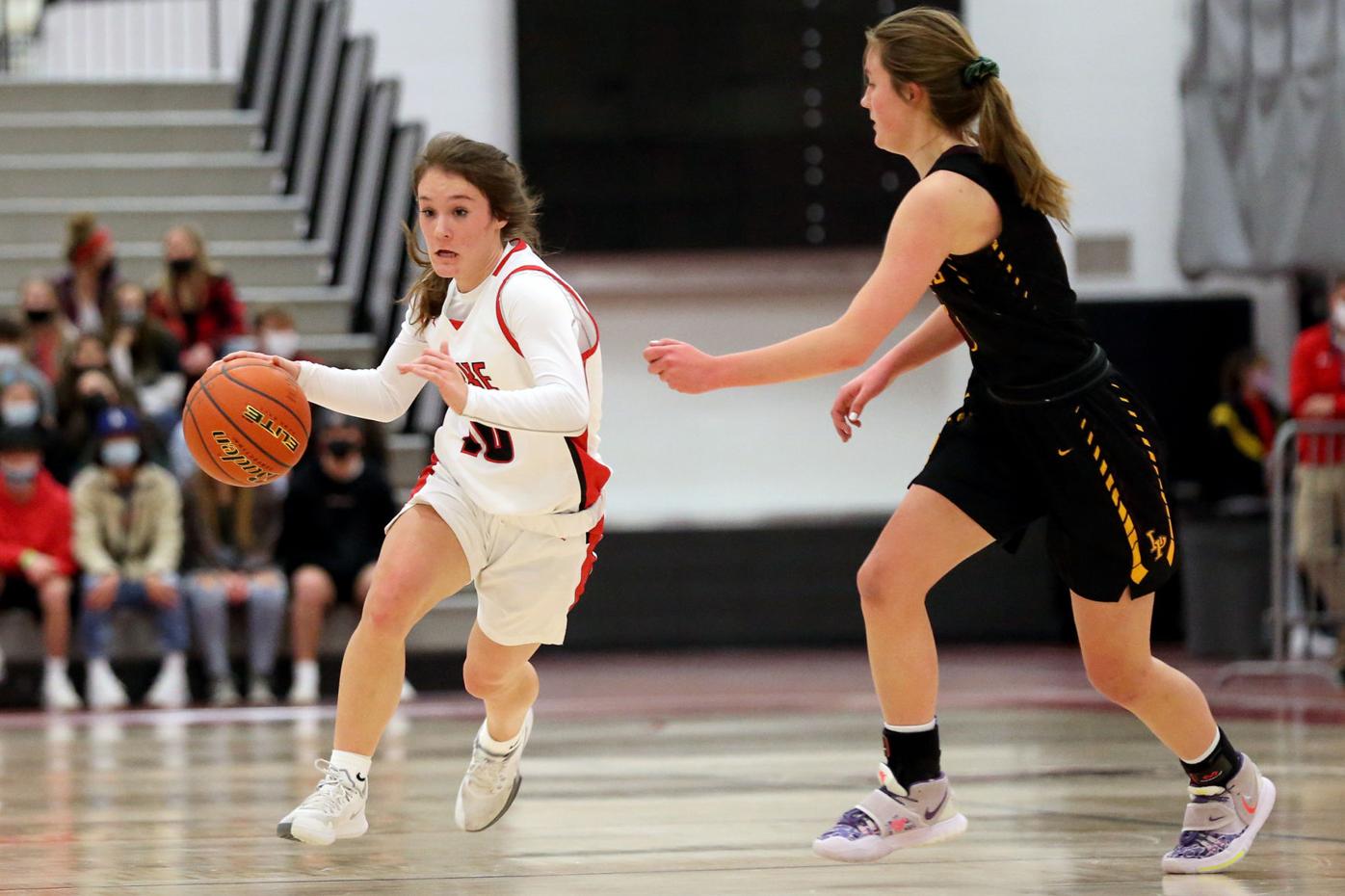 CHEYENNE – After falling behind early in the fourth period, the Laramie girls basketball team managed to prevail Friday night.

The Lady Plainsmen were trailing 53-50 midway through the fourth quarter, but went on an 11-2 run to close out the game and grab a 61-55 road victory over Cheyenne Central.

“We’re learning; we’re learning to win,” Laramie coach Nick Draling said. “… We stuck together, and it was really fun to see that maturity. I was really proud of the poise that the girls showed to get through that after giving up the lead, getting it back and sticking with it.”

It was the second game in as many nights the Lady Indians lost down the stretch, when the ball could have easily rolled their way.

“It doesn’t happen on its own. You have to make it happen, and we weren’t able to do that (Friday night),” Central coach Glen Kirkbride said.

The first quarter featured five lead changes and three ties. Senior Kayla Vasquez scored all 11 of the Plainsmen’s points in the first period, and six of them came from the free-throw line. After two of those free throws tied the game at 11-11, Brogan Allen got a shot to fall in the paint to give Central the 13-11 lead heading into the second frame.

Baskets were traded to open the second period, and with 4 minutes, 15 seconds to play in the second quarter, junior Drue Mirich tied the game 20-20 for Central. The Indians only scored one more point for the remainder of the period, and Laramie closed out the half on an 8-1 run and held a 28-21 lead at the break.

Vasquez finished with 15 first-half points and was hitting shots from all over the floor.

Laramie took its first-half momentum into the second half and started the third period by grabbing its biggest lead of the game at 35-23. The Indians bounced back, however, and went into the final frame trailing by only five.

“We tried to go to too fast and were forcing shots (in the first half),” Central senior Claire Fraley said. “… We’re good when we attack and kick out, and we did that a lot better in the second half.”

Fraley tied the game at 48-48 with 6:10 to play after she converted a 3-point play, and Central held a 53-50 lead just a few minutes later. But Vasquez finished a layup to give Laramie a 54-53 lead and the lead for good.

Central senior guard Baylee Delbridge finished with a game-high 26. Vasquez had 21 for the Plainsmen, and Kylee Cox netted 19.

Laramie fell to Central on Tuesday in the waning seconds, but flipped the script this time around.

“We knew we needed to work hard in the end to come back,” Vasquez said. “And that’s what we did.”

Robert Munoz is a writer for WyoSports. He can be reached at rmunoz@