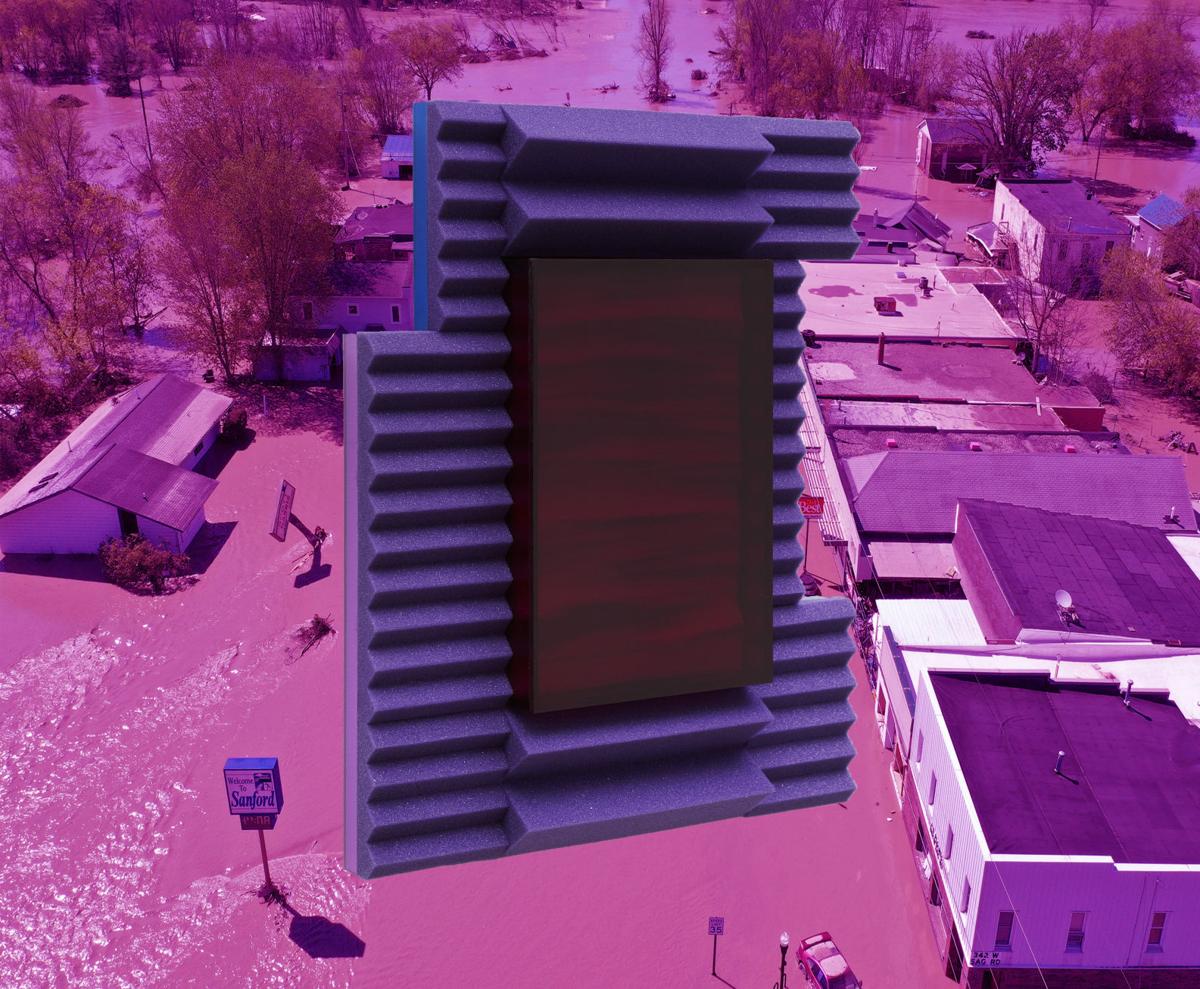 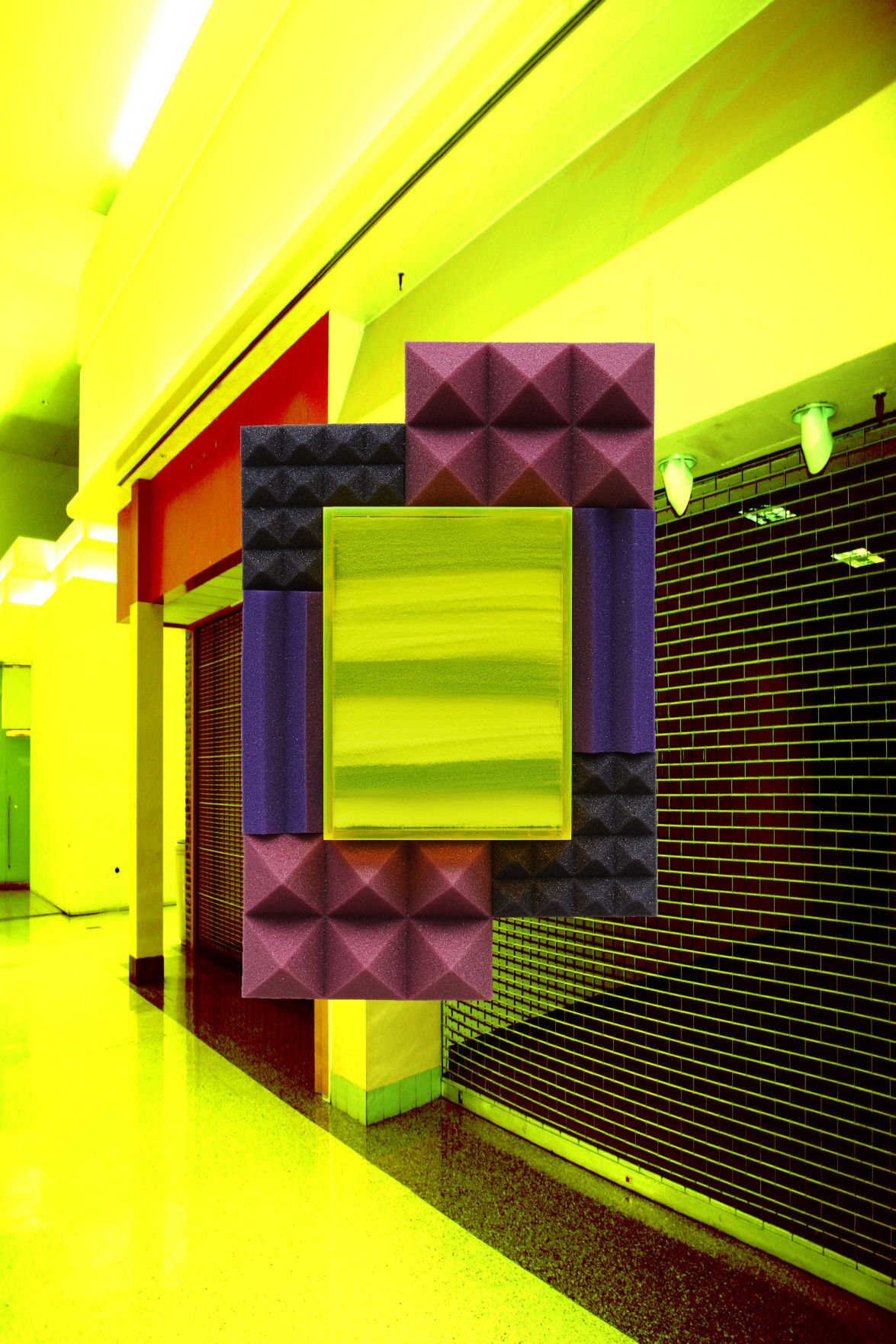 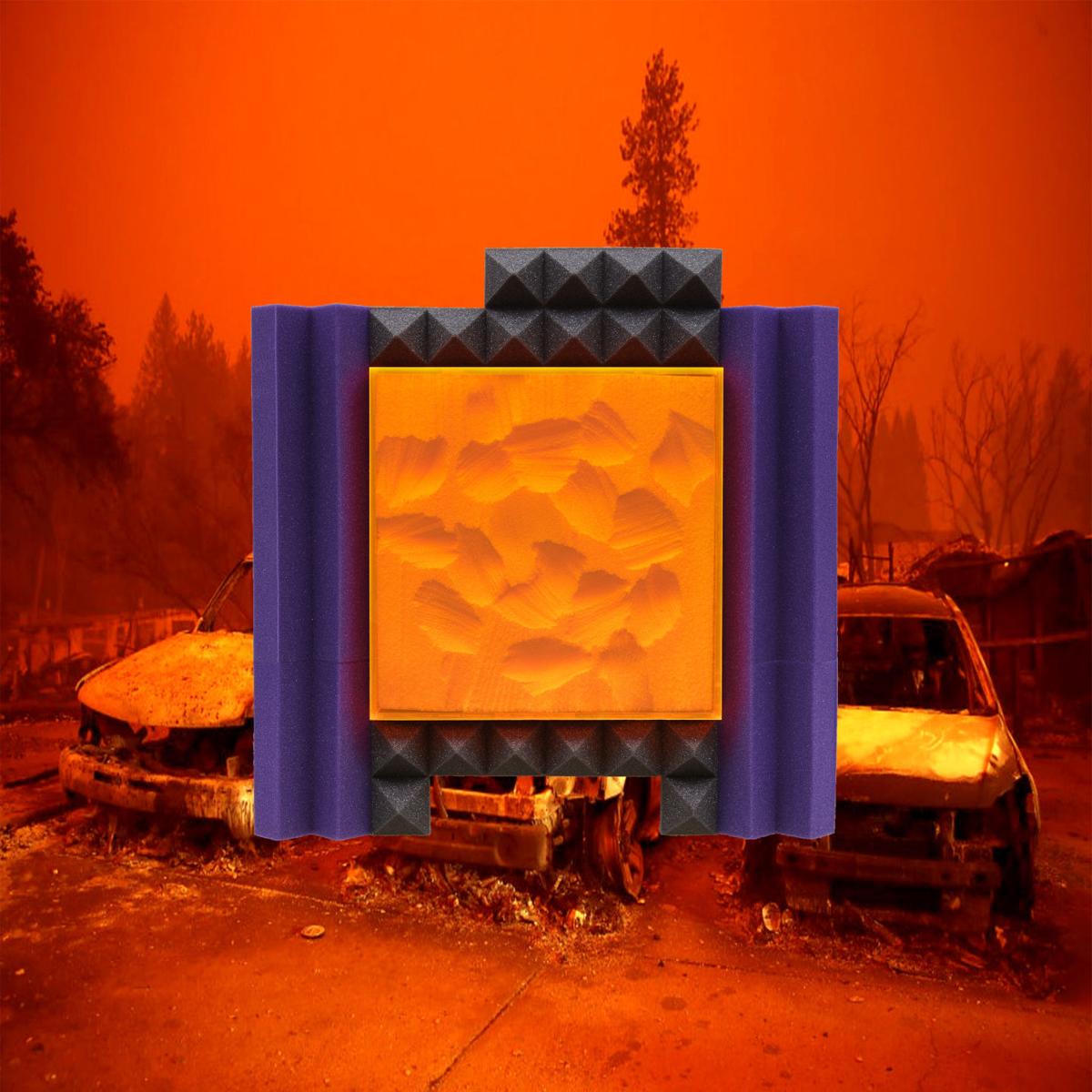 Zachary Buchner’s latest exhibit is equally as reflective of society as it is absorptive.

“So much of what I think and talk about is pertaining to our relationship to screens in the world, and painting as another kind of screen, what it projects onto us,” the Chicago-based artist said. “I’m interested in … things that are about connectivity, but they’re really sort of cold and distant, and I think of my computer as something like that. When you look at one of my paintings, you can see into it.”

The new exhibit, “Adaption,” is a virtual show through Laramie County Community College that explores many of these themes. As a contemporary artist, Buchner is constantly searching for new ways to visually discuss the topics he’s most interested in – which currently include climate change, mass surveillance and urban sprawl, among others – and in this show, he’s doing so by combining sculptural works with images he’s found online and manipulated.

Another artist recommended Buchner to LCCC art instructor Matt West, who called him out of the blue about a month ago and asked if he could quickly put a show together virtually. Even though it had been months since Buchner’s last show due to the pandemic, he hesitated to say yes because four weeks is much less time than he’d normally get to organize a show. But when West assured him it could be made up of both old and new work, Buchner was sold.

The result is a show that will debut two pieces that Buchner made during the early months of social distancing, as well as showcase seven older sculptural works (which he also painted on) that have already been bought. Those pieces now “live somewhere else,” as he put it, but because of the virtual nature of the exhibit, he was able to include them.

“I make abstractions,” Buchner said. “And I make my paintings out of alternate materials ... I’m interested in working in the space between painting and sculpture and so the works I make, although they all currently have a sculptural element to them, they’re relief, basically – not totally flat.”

The sculptural element of each of the nine pieces is a box-shaped structure made of plastic, foam and acrylic, all of which are physical objects that he’s photographed. What viewers of “Abstraction” will see is the photographs of these sculptures laid on top of images he’s found online and manipulated in Photoshop by altering the colors, stretching the image, etc.

In a pandemic-free world, Buchner said he’d hang the sculptures in front of a large print of the manipulated image on the wall of a gallery. To showcase this three-dimensionality that online viewers would experience if they were standing in front of the work, Buchner photographed several of the sculptures at an angle to make them appear to be turning within the space.

Although he’d prefer all his viewers to experience the works in person, he said this virtual show offered him a unique opportunity.

“The thing that’s been really great about this is these are ideas I’ve wanted to do, and I can really only do them this way (virtually) right now,” he said. “It’s so cost-prohibitive for me to print large-scale images when I don’t have a place to display them, so this has been really exciting.”

West agrees, and he’s particularly pleased that Buchner agreed to do the exhibit because the work coincides with a sculpture project that his students are about to start working on.

“He took the opportunity to embrace this new reality and the opportunity provided by these online circumstances,” West said. “What he’s done is investigated how to showcase his sculpture in a nontraditional environment.”

And what better time to explore new environments than during a global pandemic that makes gathering in person unsafe?

“It’s weird to think about this work existing in a non-space, a virtual space, but you can control the meaning more clearly for viewers,” Buchner said. “Instead of being in a white cube, positioning a work in front of a (image of a) solar field or an empty mall is really exciting for me because they’re things I want in the work, and it’s a way for me to draw direct lines between the things I’m thinking about and how I connect them.”

Niki Kottmann is the Wyoming Tribune Eagle’s features editor. She can be reached at nkottmann@wyoming

Assuming he doesn't resign voluntarily, which option do you support in response to the Jan. 6 riot by President Trump's supporters at the U.S. Capitol that was instigated by the president himself?

For our republic to thrive, the spreading of fear must stop

Does any GOP lawmaker have the courage to truly lead Wyoming?